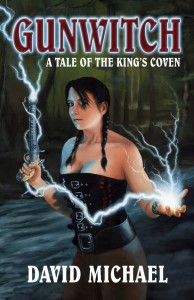 It’s 1742 AD, and the world of Gunwitch: A Tale of the King’s Coven resembles the middle period of colonization of the New World.

After that, though, you might start noticing the differences…